Neil Stanley talks with us about how today the average banking consumer is much savvier than in decades past. Rather than relying on a teller or manager to know everything, a new sales process is needed that recognizes customers can do the research themselves before walking into a branch.

Time Stamp: 14:00 uberizing the banking world. Because banking is so entrenched in the mentality of tradition, it’s hard to get managers and CEOs to adapt to shifting paradigms and a better sales process. However, by creating an “Uber”-level app, Neil Stanley and his team make it easier for this industry to accept change.

Usually, it’s not hard to find examples of adaptation and rapid development in the world of SaaS. However, one industry that seems to be slow to change is the banking and financial sector. Most of the time, big banks and institutions are timid to embracing change, thanks to a variety of factors, not the least of which is the looming specter of “tradition.” When the banking sales process lags, they feel it in their pocketbook.

Although getting banking managers and CEOs to adapt to new technology is a challenge, Neil Stanley and his team at The Core Point are making it more accessible. In this episode, I sat down with Neil to go over how his software is becoming revolutionary for bankers, how it has modernized the sales process for deposits, and what it means for other SaaS CX companies.

There was a time when the only way to do anything at a bank was to speak to a teller or a branch manager. Whether it was opening an account, transferring money, or one of a dozen other tasks, you had to rely on people to do it for you. This sales process is struggling in our modern world.

The first significant shift for banks was the advent of the ATM. Now, consumers were armed with the tools to do many of these things autonomously. These days, the most notable change is mobile apps. However, while institutions do adopt new tech, they are notoriously slow about it. Not only that, but the products they offer are still largely the same as they’ve been forever.

Neil illustrates this point by talking about certificates of deposit (CDs). Most banks only offer CDs with a maturity range of 12 to 60 months. However, no rule or regulation says they have to fit within those parameters. A bank could theoretically have the deposit mature at any time, but they don’t. Why? Because “that’s how it’s always been done.”

Tradition is a big hurdle for Neil Stanley and his team in changing the sales process of the bank, but his software is easy enough to understand that he’s able to get managers and CEOs on board with minimal training. Once they see the potential for upgrading the banking experience, they recognize the value in it.

Adapting to a More Knowledgeable Audience

Another reason why it’s so vital to shift the paradigm at banks is that the average consumer is much savvier than in decades past. Rather than relying on a teller or manager to know everything, customers can do the research themselves before walking into a branch.

What this does is upgrade the normal conversation – the sales process itself. Now, a customer will know to ask specific questions, which can complicate each interaction. If tellers aren’t more knowledgeable than the consumer, there’s a breakdown of trust and value.

This is another reason why The Core Point is so critical for the modern era. It not only empowers a bank to offer more flexibility, but it enables employees to keep up with the average customer.

Finding the Line Between Value Added and Simplicity

According to Neil, the biggest pain point for banks and other financial institutions to improve the sales process is data management and integration. First, because this data is so sensitive, and second because it can be so time-consuming to transfer information from one program to the next.

Thankfully, Neil and his team were able to create software that alleviated that problem, while also being easy to use and understand. As he puts it, they had to find the line between being complex enough to warrant adoption, but easy enough to avoid onboarding problems. In this way, The Core Point is symptomatic of SaaS as an industry, as most apps have to straddle that line all the time.

We talk more about banking and The Core Point in this episode, so be sure to check it out here. You can also find out more about Neil Stanley and his software at thecorepoint.com. 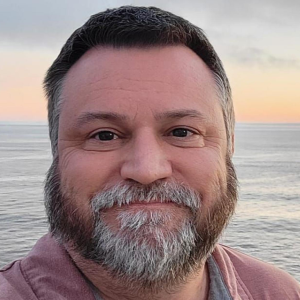 Frank Bria is the author of the internationally bestselling book Scale: How to Grow Your Business by Working Less and founder of High-Ticket Program, a strategy firm dedicated to scaling B2B service businesses. A trained mathematician and systems engineer, he launched several fintech startups in the advanced analytics space. He has consulted with Fortune 500 companies and multinational tech firms on quantitative marketing solutions including AI and predictive analytics. Now he works with SaaS companies leveraging advanced analytics to improve customer experience and retention. Frank is the host of The 6 to 7 Figures Show and The SaaS CX Show podcasts. He lives in Phoenix, AZ.
All Posts »
PrevPreviousSaaS Lead Generation with LinkedIn
NextEpisode 021: CX for the Contact Center with Patrick DennisNext

Any cookies that may not be particularly necessary for the website to function and is used specifically to collect user personal data via analytics, ads, other embedded contents are termed as non-necessary cookies. It is mandatory to procure user consent prior to running these cookies on your website.